4Photos is designed to be positioned on a dinner table. A dinner table naturally configures people to gather for social occasions like dinner and drinks. The aim of 4Photos was to exploit this natural configuration and provide a way for everybody around the table to view and interact with the artifact while maintaining natural gaze and interpersonal awareness The content for on the device is sourced from online media repositories, as for example Facebook. The photos from a person in a friend group of the user are clustered within a “photostrip”. With this photostrip the four displays create a linked display surface on which the photostrip moves around.

The device is composed of 4 vertical sides, each side framing a small portrait oriented display and a distance sensor. Being positioned on all four sides of the object, these sensors can detect gesture and movement towards the displays from each side. This gesture is used to zoom in and push the same image to all screens providing users with a coordinating function to highlight and talk about a photo. The rotatable part on top of 4Photos, the “head” allows users to select between content from different people.

In the summer of 2009 I worked and lived for three months in the exciting environment of Microsoft Research in Cambridge, UK. Here I was responsible for an individual project within the Socio-Digital Systems Group (now Microsoft Research Cambridge Lab supported by full time researchers and post-doc employees. The result of this internship was the iterative design and user study of “4Photos”, a multi-screen table centerpiece allowing media content to be shared and enjoyed in a social setting. Together with Microsoft colleagues we evaluated the design and reported on the results in a publication during the NordiCHI 2010 conference in Reykjavik and reported further in the prestigious Human-Computer Interaction Journal. A patent has been awarded for the design. 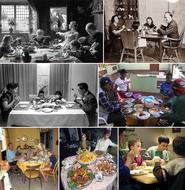 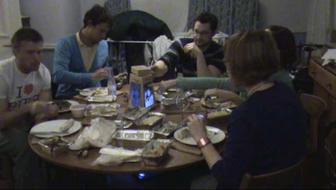 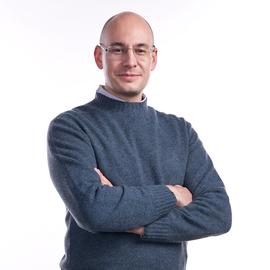